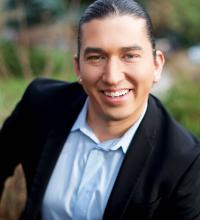 Board of Directors
Director

Khelsilem is a Sḵwx̱wú7mesh-Kwakwa̱ka’wa̱kw community leader from the Squamish Nation where he holds the title of spokesperson and councillor.