Gina Rubin and her mom Janis Eaglesham created the Chiron Fund in January 2000 to support organizations that contribute to the well-being of individuals with mental illness and their families. Gina's family believes that if people's stories and struggles on difficult subjects are shared more often, eventually it furthers the cause by removing prejudice, fear and isolation of those involved.

By contributing to organizations out there that are providing this kind of assistance, in some way we are helping others that may be going through what we went through. - Gina Rubin

My family lost 2 members to suicide, my sister and my father. While they were ill, it was very difficult to find help for them and for ourselves. This particular Fund is in memory of my sister, Tobi Haddow who took her life on September 5, 1997. Coincidently the day mother Theresa died and the day before Princess Diana's funeral. 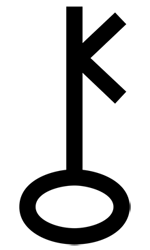 Astrologers often call Chiron, a planetoid orbiting the outer realms of our Solar System, the Wounded Healer. This celestial body takes its name from a Centaur from Greek mythology who, after being abandoned by his parents, matured into a wise and giving healer and teacher. Because Zeus, god of all of the gods, was his father, Chiron was immortal. When beset upon by great pain from a poison arrow, Chiron prayed to the gods to let him die. His wish was granted. In his life, he overcame personal issues and used the lessons learned to help and heal others. Coinciding with Chiron's discovery in 1977 was a surge of interest in New Age healing and holistic therapies; Chiron became a natural symbol for healing through pain. A more recent example of a "Chironic influence" would be celebrities or athletes who use their personal tribulations to raise awareness -- like Christopher Reeve with his work toward a cure for paralysis or Tour de France champion Lance Armstrong's fundraising efforts for cancer research.

I have to say being able to create this Donor Advised Fund has done a lot to help with my healing and makes me feel like I am doing "something". Sometimes it is hard with one's life responsibilities to go out and start a charity or service of your own to help a cause and make a difference. Sometimes, it is too painful to work directly with the problem. With the Chiron Fund, I can help those already doing just that, and feel like at least I am contributing to those working to make a difference. It is definitely something that I cherish.