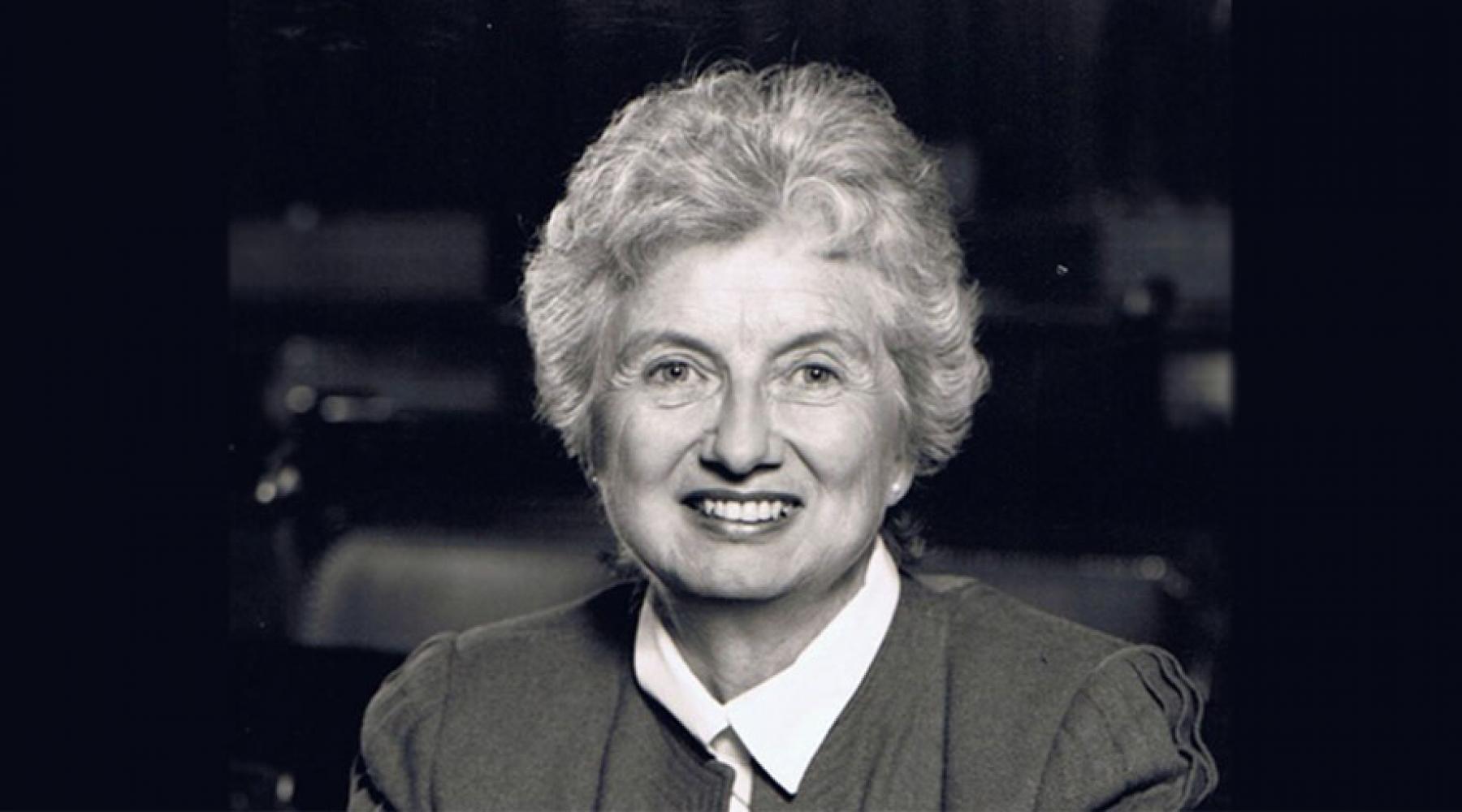 When Margaret Mitchell passed away on International Women’s Day in 2017 at the age of 92, she left a legacy of advocating for the rights of women and greater economic and social justice for all.

The Margaret Mitchell Fund for Women was created to support programs and initiatives that promote economic and social justice for women in Vancouver East.

Born in 1925, Margaret Mitchell attended McMaster University and the University of Toronto where she obtained a Master of Social Work degree. After travelling and working for the Red Cross, Margaret married in 1957 and she and her husband returned to Canada and settled in Vancouver.

Community activism led to politics and in 1979, Margaret was elected to serve as the NDP Member of Parliament for Vancouver East. She was re-elected four times and was the critic for Immigration and Housing, Status of Women and Multiculturalism and Citizenship.

Margaret was a strong advocate for the equality of women. Her demands for government action to stop domestic violence became a national concern when male MP's laughed as she addressed the issue in Parliament. She pressed to decriminalize abortion, worked with First Nations women for reinstatement under the Indian Act, worked to add Section 28 to the Charter of Rights and Freedoms and pressed for a national childcare program.

how to apply to the Fund

Priority for the allocation of monies from this Fund will be given to projects which help alleviate poverty, promote equality and help women to gain confidence and power.

In particular, the Fund will aim to support the following groups: poor women, aboriginal women, immigrant and refugee women, women with disabilities and women experiencing violence.

The Margaret Mitchell Fund for Women will give preference to those projects and programs which focus on community development and which are organized by women themselves.

The Fund is not designed to replace other funders, but rather to support innovative projects in our community.

You may review past grant recipients (PDF).

Recipients of the Margaret Mitchell Fund for Women will be selected periodically by an Advisory Committee made up of community members. The Committee will meet from time to time to review requests and to make their recommendations for funding.

Note: Please ensure you have the latest version of Adobe installed (for free) on your computer in order for this application to be completed and saved properly.

Hamsa Jaser has a new dream that feels like hope: A cozy family restaurant that brings “a small part of her home country to her new home” in Richmond, with a few traditional Iraqi dishes such as quozi, lamb shank with traditional herbs and spices, served like home with starters, complimentary soup and a sauce.
Read more