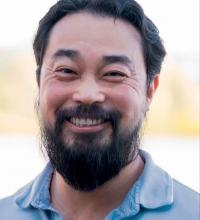 Chair
Vinson mixes a keen financial oversight with a passion for community and mentorship.
Read more

As the Controller for Vancity, Vinson is responsible for the financial reporting and business analysis required for proper strategic decision making. His role also includes providing financial and internal controls insight and strategic input on operational matters throughout the organization. Vinson is also a member of the Global Alliance for Banking on Values Leadership Academy – a network of banking leaders from around the world committed to advancing positive change in the banking sector.

He holds a Bachelor of Science degree from the University of British Columbia and is a Chartered Professional Accountant. Vinson lives with his wife and two teen-aged kids (who are really like roommates at this age) in New Westminster.

Khelsilem is a Sḵwx̱wú7mesh-Kwakwa̱ka’wa̱kw community leader from the Squamish Nation where he holds the title of spokesperson and councillor.
Read more 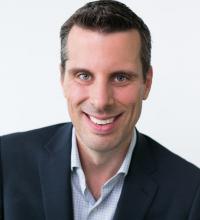 Jonathan is Vancity’s vice president of government relations and public affairs, helping tell the Vancity story to members, the public and leaders throughout our community.
Read more

He began his career in journalism, first at The Globe and Mail and then at The Vancouver Sun, where he was legislative bureau chief in Victoria. Following that, he worked as a communications and public affairs consultant, advising some of BC’s top organizations.

Jonathan has degrees in Film Studies and Journalism, and is an alumni of the Global Alliance for Banking on Values Leadership Academy. He also serves on the board of the Dr. Peter AIDS Foundation.

In his free time, Jonathan enjoys running, cycling, skiing and exploring the Gulf Islands with his wife, kids and dogs. 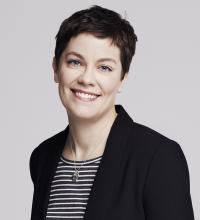 Originally from Scotland, Shona began her career in the UK’s House of Commons, providing professional and procedural support to parliamentary committees and the Speaker. Since then she has held senior governance and policy roles on both sides of the Atlantic, including working as Chief Governance Officer at Mountain Equipment Co-op (MEC), and Executive Director of the Vancouver Police Board. Over the course of her career she has led governance, corporate affairs/ issues management, privacy, and diversity and inclusion functions.

An inspiring and passionate leader and mentor, Shona sits on the boards of Bard on the Beach and the Vancity Community Foundation. She is always delighted to talk about governance, Shakespeare, supporting mental health, and feminism.  A voracious reader, she would love to hear about your favourite novel(s). Shona lives in Vancouver with her husband and two awesome kids. 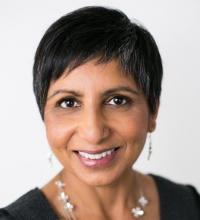 A long-time supporter of co-operatives, Rita is committed to Vancity's vision of transforming wealth and enhancing community health.
Read more

Rita brings more than 20 years of leadership experience in educational, community development and regulatory organizations to the Board of Directors.

While her first savings account was at a credit union, it wasn't until Rita joined the MEC board of directors in the mid-'90s that she truly understood the power of the co-operative model. During her seven years on the MEC board, including two as chair, Rita gained valuable experience in governance and the environmental movement.

Elected in 2016, Rita joined the Vancity Board to continue supporting the co-operative model in a meaningful way and help contribute to its success.

Rita launched her career in journalism, and then moved into international development, working with Canadian NGOs that were collaborating with community groups in Asia and the South Pacific to address issues of food security, human rights, and women's empowerment. She later moved into the field of non profit management. Rita is the director of the Nursing Community Assessment Service, a new program that will be responsible for evaluating the competencies and qualifications of internationally-educated nurses coming to work in B.C. Previously, Rita was the executive director of Canadian Parents for French, BC and Yukon Branch, and of Pacific Peoples Partnership. She was also a manager with the Association of Canadian Occupational Therapy Regulatory Organizations.

In September 2015, Rita helped found the Pacific Refugee Welcome Group, a group of more than 70 members in Victoria that work together to sponsor and support the resettlement of refugees from Syria and Eritrea. As a co-coordinator of the group, she is helping settle a Syrian family of eight. She is also a board member of the Victoria Immigrant and Refugee Centre Society.

Rita holds a bachelor of journalism and a master of arts in international affairs, both from Carleton University.

Rita was born and raised in Nelson. Rita lives in Victoria, and is trying to strengthen her road cycling skills so she can keep up with her 16-year-old son. An avid hiker, she loves having her daughter, now in university in Ontario, home for holidays so they can explore the local trails together.  A Vancity member for six years, she frequents the Victoria branches regularly.