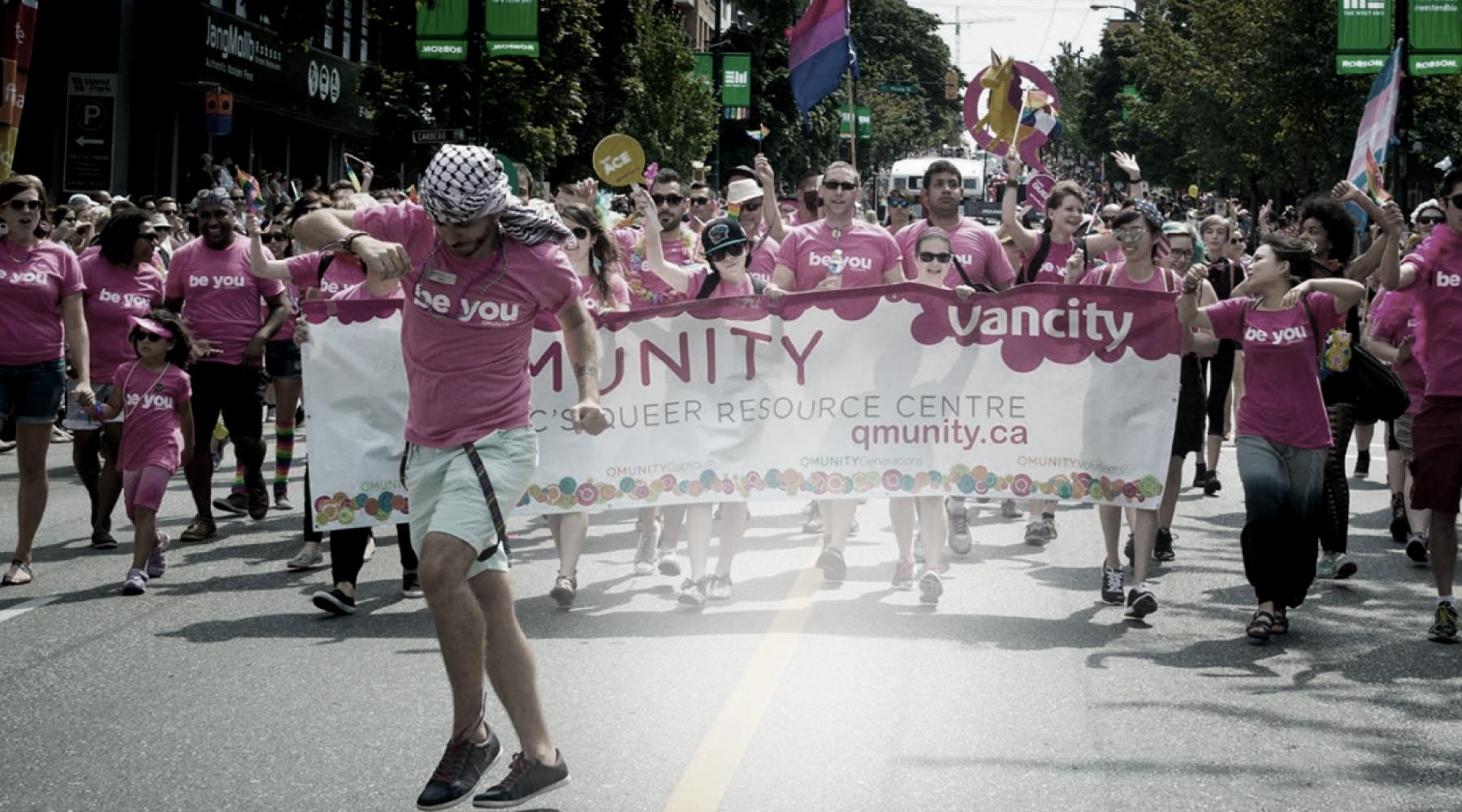 Qmunity Continues to be there for BC's LGBTQ Population

As the only queer and trans resource centre in the province, QMUNITY launched nearly four decades ago. Since that time they have been at the forefront of supporting and advocating for the queer and trans community - be it through peer support, public education or simply making connections that help build true equality and belonging.

Although QMUNITY has seen its share of progress through the years, challenges remain. For instance, when QMUNITY Aging Out project staff contacted long term care facilities to offer training to health care workers so they could better support LGBTQ seniors in their care, some responded with: “No thank you, we don’t have anyone like that living here.” A response that’s becoming known as “polite homophobia.” More starkly, queer and trans youth still attempt suicide at shockingly high rates compared to youth in general. Still much work is left to be done.

Their Home is Where the Pride is. Supporting the Quest for New Digs.

For almost four decades QMUNITY has been a vibrant haven for the queer and trans community. But their space is crowded and meeting rooms are frequently overbooked. The second floor location is inaccessible to many and the building leaks. For reasons like these, the long-time home has outlived its usefulness. First broached as early as 1994 – no, that’s not a typo – getting a better space has been a long-term priority. However, as a grassroots organization, QMUNITY never had the resources to fully develop or explore their ideas.

Developing a new space is a tipping point in the history of the organization. The building itself is a symbol of the evolution of queer and trans communities. The community is more visible now and we want our space to be visible and proud too. We don’t want to be hidden away. - Dara Parker, Executive Director, QMUNITY

The idea of a new space received overwhelming community support through the West End Community Planning process. In December 2013 the City of Vancouver provided a $7,000,000 Community Amenity Contribution grant, which leverages contributions made when property developers receive development rights through rezoning. Additional resources of up to $3,000,000 have also been committed in the municipal budget. On the strength of this opportunity Vancity Community Foundation provided a  rant to help support some of the necessary planning work to translate this capital contribution into a QMUNITY asset.