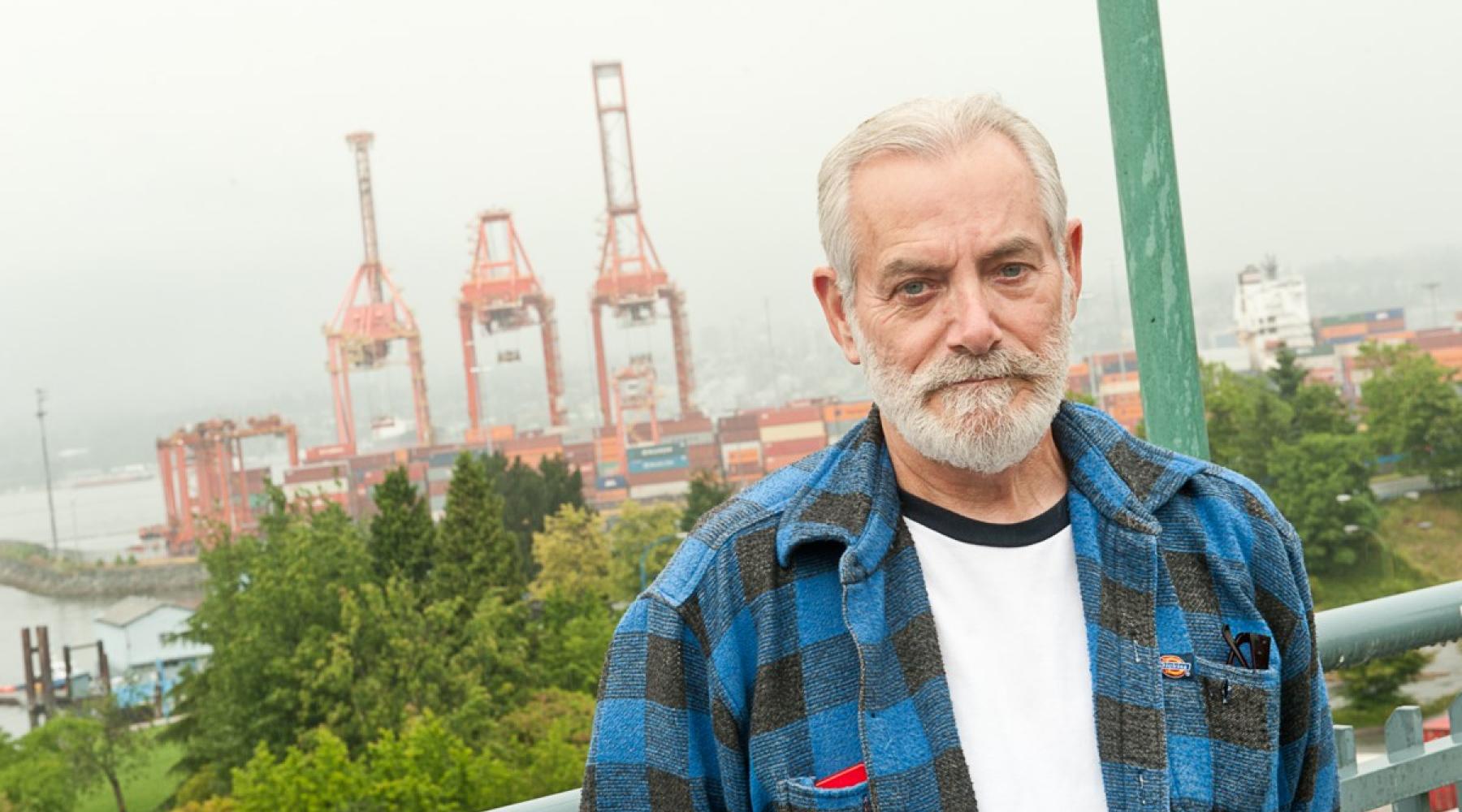 Ken Lyotier was a champion of the people in the Downtown Eastside, where he lived and worked since the 1970s. He was a tireless innovator and advocate for those living in poverty and for "binners," people who earn money by collecting and returning recyclables.

In 1995, Ken founded United We Can - a social enterprise and centralized hub for bottle and can returns homed in the Downtown Eastside. After earning money as a binner himself for several years during the 1980s and experiencing the judgement of the public and reluctance of storekeepers to provide refunds for recycled containers, Ken was motivated to set up a bottle depot in the community that he loved. After five years of organizing, United We Can opened its doors.

"Ken phoned me and said he needed $50,000 quickly to start paying for bottles and cans when United We Can started up," remembers David Driscoll, the Foundation's Executive Director at the time. "VCF was in its early years and our total granting capacity was limited, but this emerging social enterprise was so unequivocally a 'first head' charity, poverty relief and a perfect fit with our mandate that it was a 'whatever it takes' kind of community initiative. It was one of our proudest of partnerships from which we continued our engagements with no and low interest loans and grants over a number of years."

At United We Can, binners had a place to call their own. Under Ken's leadership, the organization built a thriving community and hub of economic opportunity in the heart of the Downtown Eastside.

Ken was acutely aware of the general perception of binners and the shame they felt - but he saw the work ethic driving them and believed that by organizing together, more respect could be brought to this work. He was also passionate about creating systemic change through political engagement and used his activism to plant the seed for the universal beverage deposit system that was later implemented in British Columbia.

"Ken's soul-searching time facing his own addictions and difficulties made him a totally authentic person who knew the good in all people is what truly motivates," says Driscoll. "From weekly meetings at the Dugout to any board room, his quiet voice and advocacy was effective in combining vision and kindness with social enterprise business plans that honour everyone's contributions and bring dignity to those in the neighbourhood he called home."

Today, United We Can is a flourishing social enterprise, processing an average of 60,000 containers a day, employing 120 people and refunding $2 million a year in deposits to 700 binners. The organization has expanded to include a diverse range of other businesses, including street cleaning, bike and computer repairs and a plant store - as well as spurred the creation of many social enterprises, including the Binners' Project. Efforts inspired by Ken's work can be found in cities around the world.

"Ken was a brilliant innovator who used his deep commitment to the people of the Downtown Eastside to create dynamic community economic projects that empowered people and gave them the opportunity to earn an income with dignity," says Sean Condon, long-time friend and peer of Ken's and member of his Fund's advisory committee.

Ken always insisted on being paid no more than $20 an hour for his work at United We Can - yet in the final months of his life, he made careful arrangements to use his life savings of $170,000 to open a Fund with Vancity Community Foundation.

The Fund is advised by a group of eight peers and friends that Ken had appointed. The Ken Lyotier Fund will support initiatives in the Downtown Eastside intended to improve the quality of life for members of the community through social justice, economic inclusion and social and environmental innovation.

"Ken had a big heart and dedicated his life to helping others. This fund is yet another gift he has given the community - committing his life savings to the community he loved so dearly. He hoped this fund would inspire others to follow his vision to think about how we can come together to create substantive change in the Downtown Eastside," says Condon.

To contribute to the Fund and further Ken's tremendous legacy, please visit this page.

To learn more about Ken's life and work, please check out the resources below: