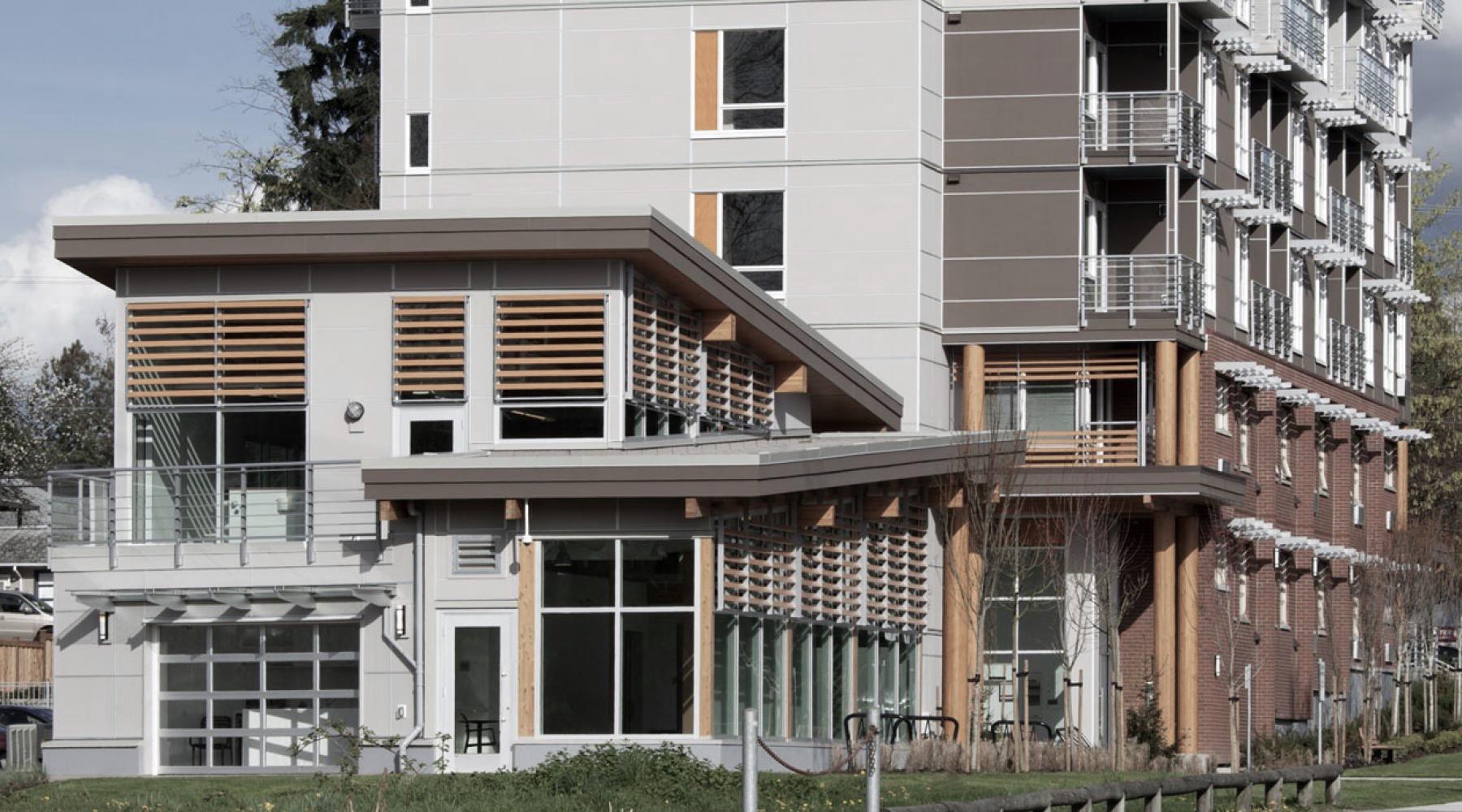 In 2004, Phoenix Drug and Alcohol Recovery Society received the $1 Million Vancity Award through the Vancity grant program – as voted on by Vancity members – to finish its flagship 34,000 square-foot centre. At the time, it was one of the first projects to integrate addiction services, transitional housing, employment, and education services under one roof. The Centre proved to be a
tremendous success.

The Phoenix Centre assists individuals in achieving a greater degree of control over their lives, without reliance on drugs, alcohol, or criminal lifestyle. Here, the mission is not only to house, but to encourage and assist residents to achieve the utmost in  personal, family, and community health.

In 2013, Phoenix was awarded a $1.8 million contract under the federal government’s Homelessness Partnering Strategy (administered jointly by Vancity Community Foundation and our partner Metro Vancouver) for the Rising Sun Villas project, an innovative social housing development in Surrey. So when the time came to expand on this winning model of recovery, Phoenix again reached out to Vancity Credit Union and Vancity Community Foundation. This time, we looked beyond traditional supports and reached into our toolbox for innovative ways to bring the Centre’s important work to fruition. We helped leverage an affordable
home ownership option through Vancity. Vancity’s support created the first ever shared equity model in the province, whereby 23 units were set aside specifically for affordable home ownership. Further, when an owner sells, a portion of the equity is set to stay with the unit, meaning that future owners would also benefit.