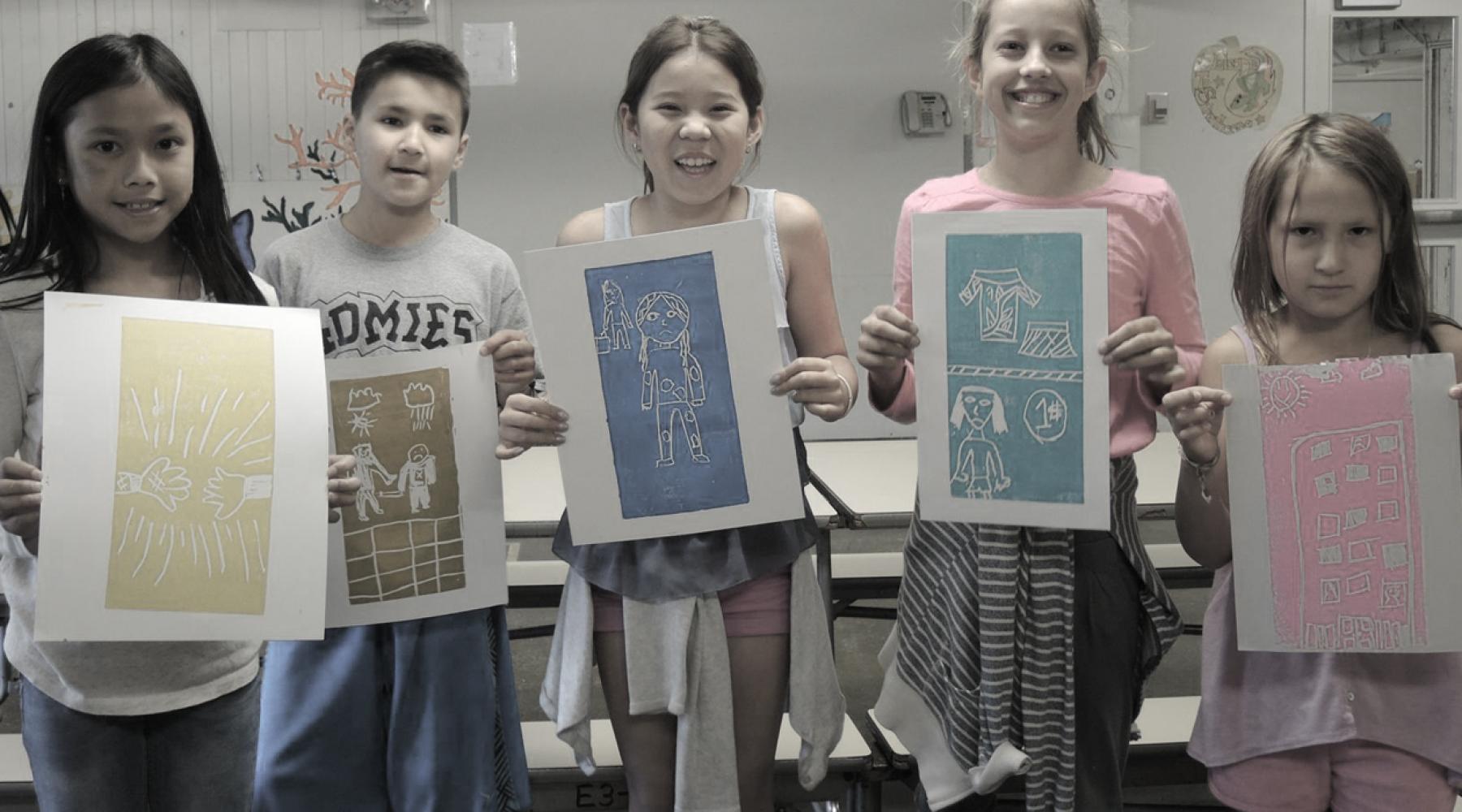 BC has had one of the highest poverty rates in Canada for the last 15 years. There are almost 600,000 people in our province desperately trying to make ends meet and keep their heads above water. The We Can’t Afford Poverty campaign is a community art-driven campaign to eradicate poverty from British Columbia, starting with raising social assistance rates. The campaign held printmaking and quilting/banner workshops with children to stimulate discussion on raising social assistance rates and a commitment to end poverty.

We’ve always been able to take advantage of the abundant culture of the cities we’ve lived in but are troubled by the dwindling sources of money for the people who created this culture and from whom we take a lot of enjoyment. The fact that the Raise the Rates/We Can’t Afford Poverty project encourages children to develop their artistic skills towards important social issues makes it a great fit for what we set out to do.
-Alistair Stewart, Arts for Life Fund

The initiative, conceived by Raise the Rates & Positive Living BC, received a grant in 2016 from Arts for Life Fund held at Vancity Community Foundation. The Arts for Life Fund was created in 2014 by Christine Rondeau and Alistair Stewart to support art projects, work spaces and artists in Vancouver, including dance, theatre, fine art and music. Eye-catching artwork created by children who attended the print making workshops has been transformed into powerful campaign posters.