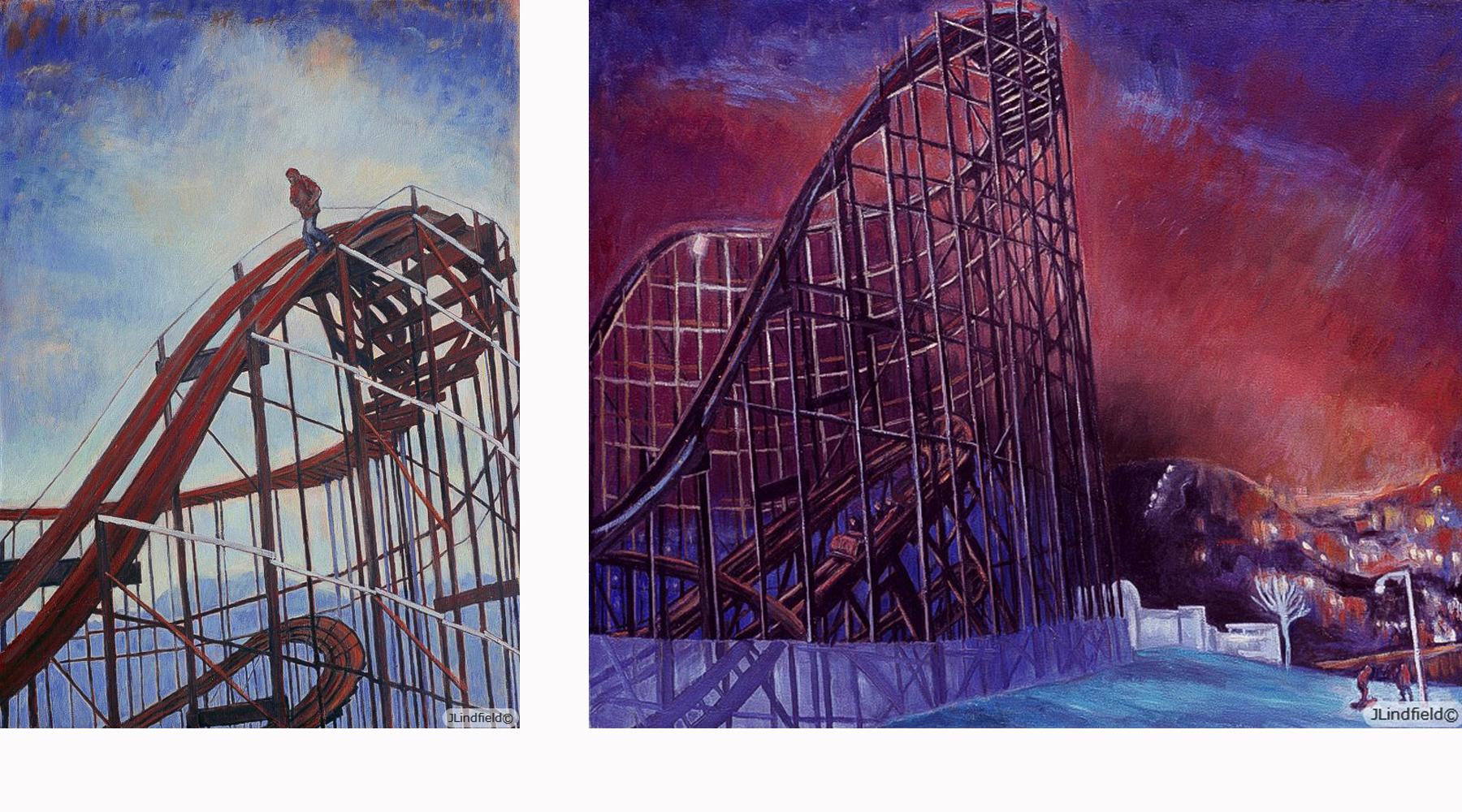 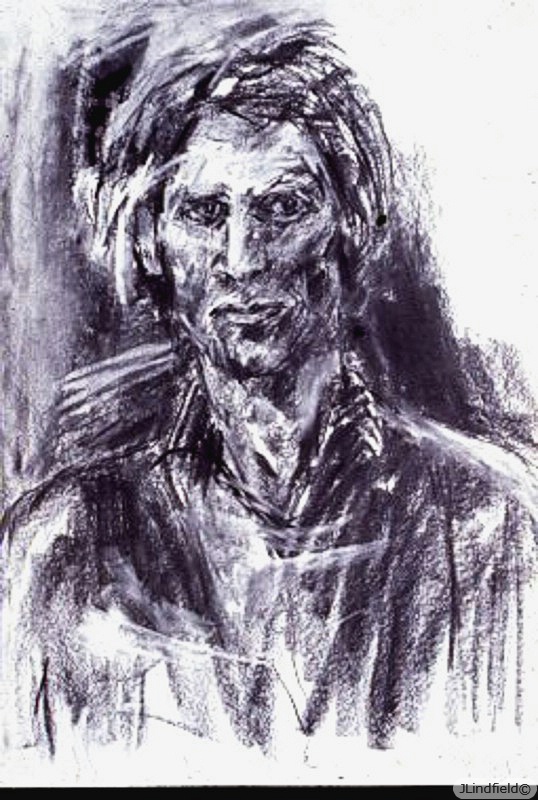 James Lindfield was born in Sussex England, in 1952. He died aged 61 at St. Paul’s Hospital in Vancouver. He is survived by his wife, his son, and by five siblings and their children.

When James was nine years old, his father, a heart and lung surgeon, died. His mother remarried and had two additional children; James became the eldest of six. From the age of 11, he attended a boarding school: Christ’s Hospital, on a full scholarship. He then earned a B.Sc. degree from Hull University in the north of England. Moving to London in his early twenties, he met a Canadian who became his lifelong partner, Sheila Daykin Lindfield.

James is remembered by family and friends for his broad grin, and full throated laugh, his head tilted to one side. Infinitely curious about the lives of others, and generous with his time, he took pleasure from the most mundane of interactions.

One of his four brothers, paraphrased here, describes James’ refusal to be bound by convention. From his late teens, James was determined to walk an alternative path, to do things in his own way and to find his own answers. His experiences at boarding school taught him to be skeptical of authority. He would not tolerate hypocrisy. James’ outrage at political and social injustice, whether it occurred locally, nationally, or internationally, never wavered. Well informed through alternative media he was eager to engage in discussions on current as well as historical issues.

James earned a Diploma in Fine Art from Emily Carr College of Art and Design in 1985. He completed his Master’s degree in painting from Cardiff Institute of Higher Education in Wales in 1992. In 1997, he completed a second Master’s degree in Counselling Psychology at Simon Fraser University in Burnaby.

From 1993 onwards, James taught at Emily Carr Institute of Art and Design, and for the Open Learning Division of Thompson Rivers University.

Highly regarded as an instructor, he had a significant following of mature students, especially at Emily Carr, where he taught in Continuing Studies for over 2 decades. An administrator at Open Learning reported that one student took and passed his colour theory course three times. This was an unprecedented example of how students valued the mentorship James provided.

In addition to instruction in painting and drawing, James developed a specialty in colour theory using the modern Cyan-Magenta-Yellow-Black (CMYK) colour wheel. He was also responsible for updating to DVD (and thus maintaining) two courses at Open Learning originally developed by the legendary Tom Hudson. These were “Mark and Image” and “Materials and Form”. 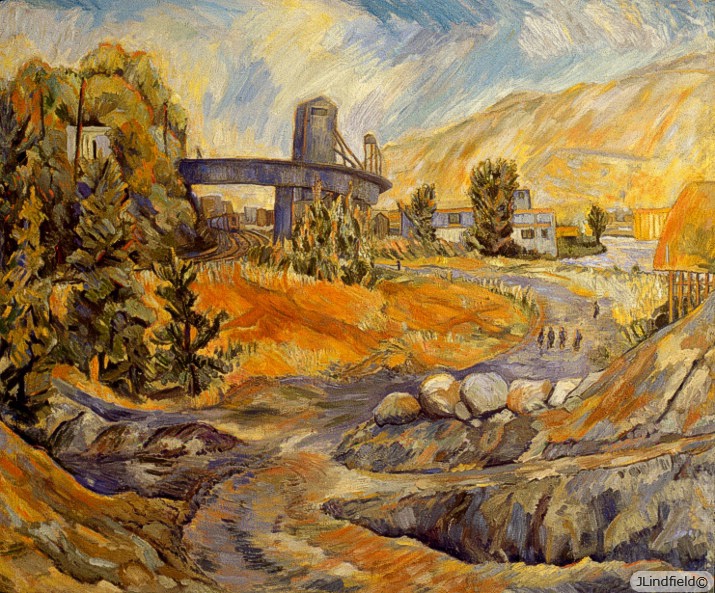 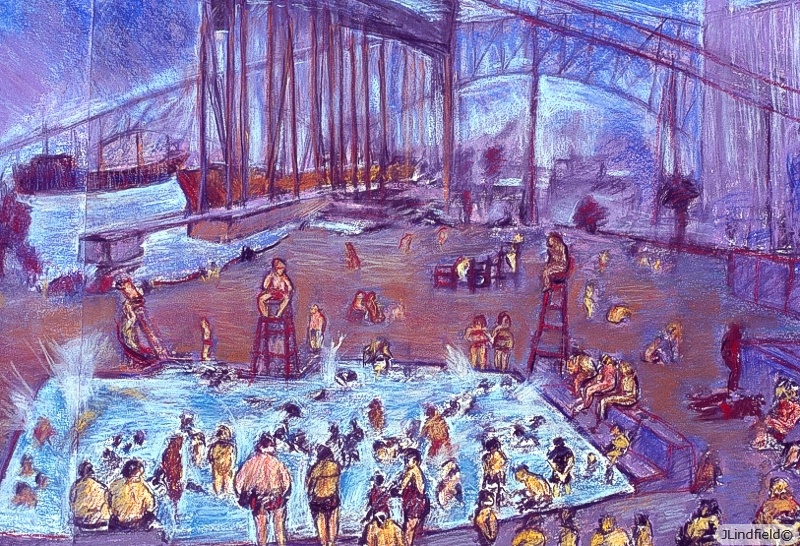 As a teacher James focussed equally on developing the creative responses of his students and improving their technical skills. As an artist, James was committed to honing his own skills. A tiny sketchbook and a stub of a pencil accompanied him everywhere: he drew in waiting rooms, on buses, in restaurants, as well as in art galleries. Conscientious always, when a new class in portraiture was scheduled, he had friends pose for him for months before the course began. Regular visits to England presented opportunities to study both historical and contemporary art as well as to see family. 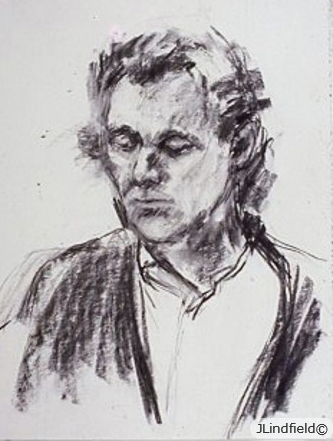 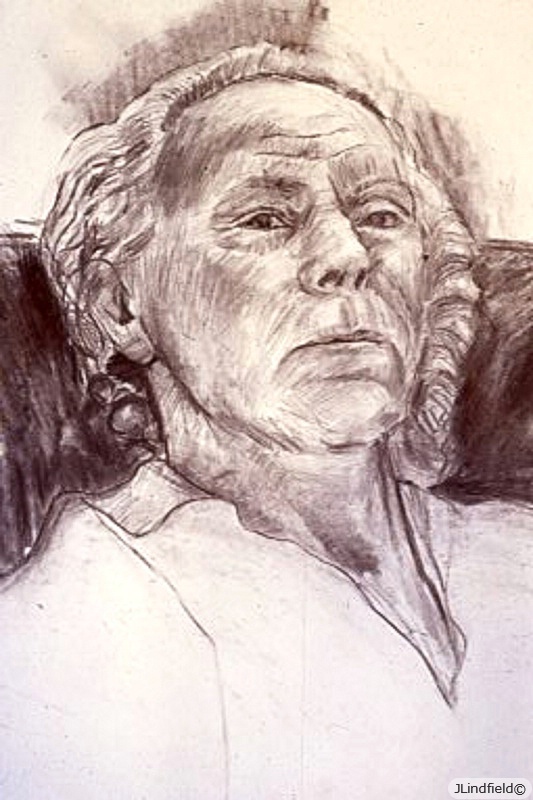 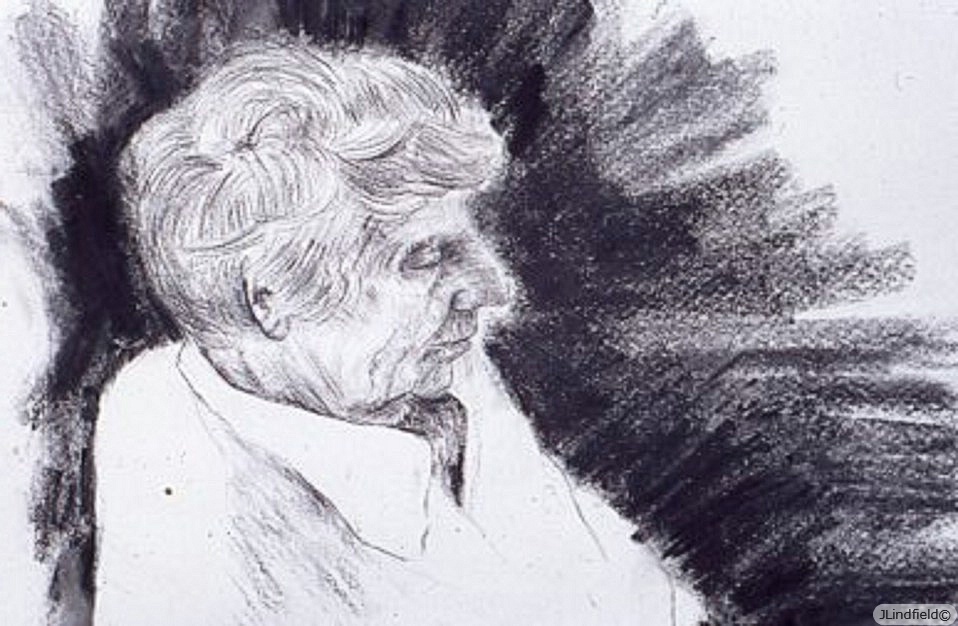 James’ life spanned two continents. For his first 27 years he lived in England. This was followed by 34 years in North America: the first two in California and then over three decades in British Columbia. In the wilderness of the province, James found a response to the hungers of his spirit. The land opened a space in him from which a major aspect of his art would grow.

James wrote that his own art centred around two themes: the intersection between human construction and nature, and the living world, including human beings. He described his working processes as involving “direct observational painting and drawing, off-site painting with occasional references to photographs”. His last large paintings were the roller coaster series, for which he is well-known.

His paintings are in private collections in Canada and Britain. 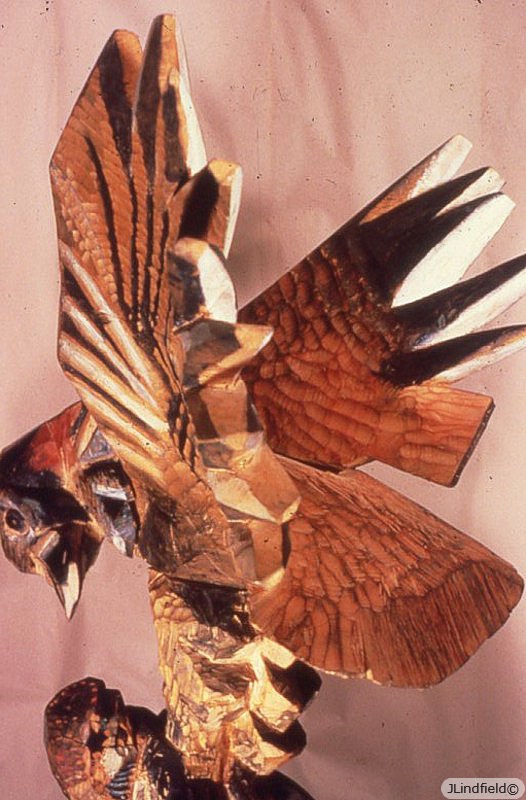 Through a concerted series of campaigns, James contributed to the shift in attitudes towards the corporal punishment of children that occurred in Canada in the 1990’s. While he was studying in Cardiff, he joined the British organization, End Physical Punishment of Children (EPPOCH), founded after Sweden introduced the Parent’s Code in 1979, which banned hitting children. James brought these ideas back to B.C. when he returned in 1992. He wrote numerous articles, gave interviews for radio programs, spoke out against corporal punishment in B.C. Ontario, and Ireland. 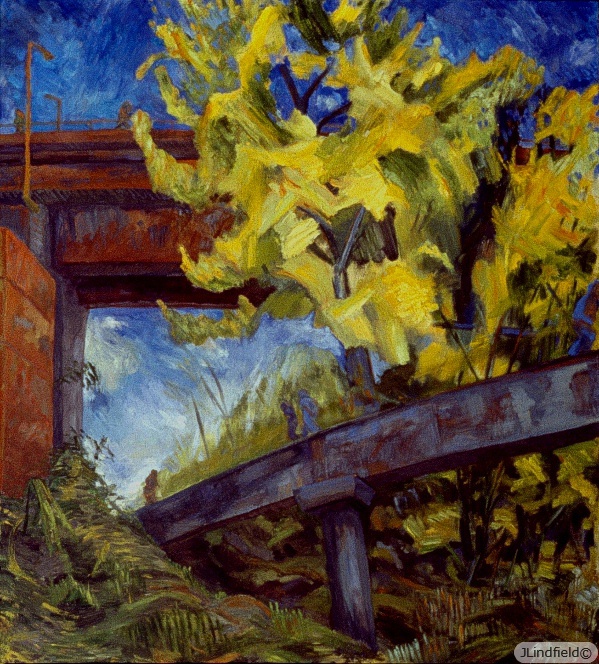 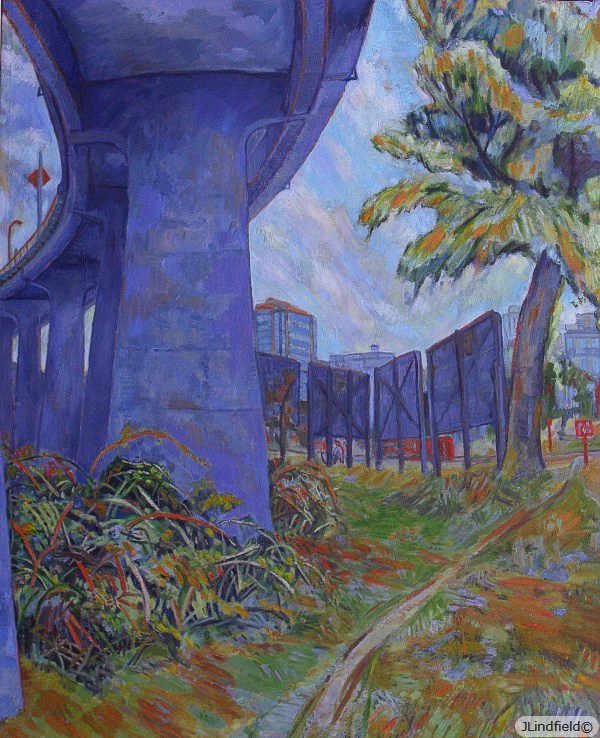 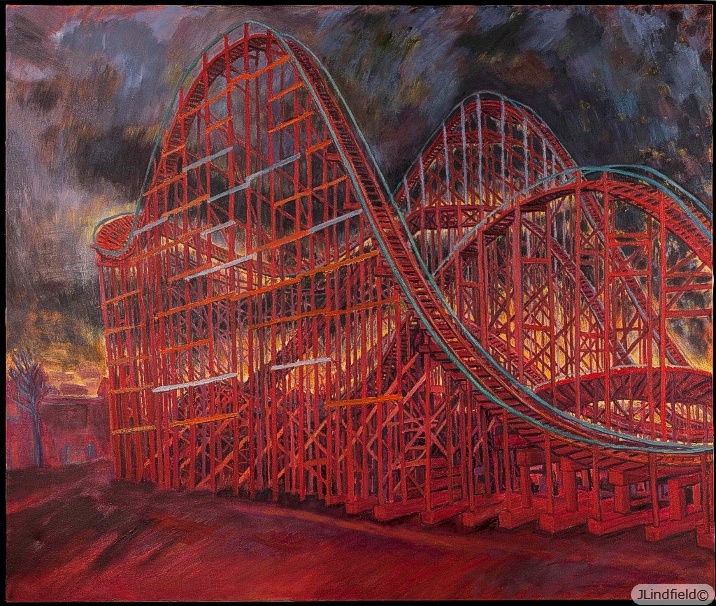 The following poem, which James wrote in Los Angeles when he was 27 years old, encapsulates the attitudes he was to hold throughout his life:

I was an eagle quartering the evening hills
A waiting knife for the slaughter
“Fear me, rabbit” I said